This edited film shows scenes of the family home in Eastbourne under construction and includes the landscaping of the front and rear gardens. The film shows the progress of the work from start to finish, edited together with shaped splices or transitions, to indicate the passing of time. 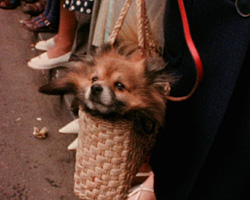 This family film shows a bowls game in progress at Bexhill Bowling Club, followed by scenes of a family group touring the gardens and grounds of a large stately home (unknown location).